Bangkok is a amazing busy city.  You can move around by tuk tuk (a three wheeled open air vehicle), taxi, BTS (Bangkok Transportation System), subway, waterway, and many more.  It is very congested.  Our second day in Bangkok started with a ride in a tuk tuk.  I considered it a fun ride through the city.  The fact that there is no windows or a/c is not a problem since wind is blowing through and making the ride more comfortable.  The heat here is something else.  Those who have been in Vegas know it can get hot and unbearable sometimes.  In Bangkok, imagine the heat to feel hotter but now add humidity to the mix and its wet sauna.  After our little tuk tuk ride we came back to change because we had already wet our clothing.  We also were told that some areas don’t allow you to dress in shorts so we put on pants to be safe and headed out to the old city. 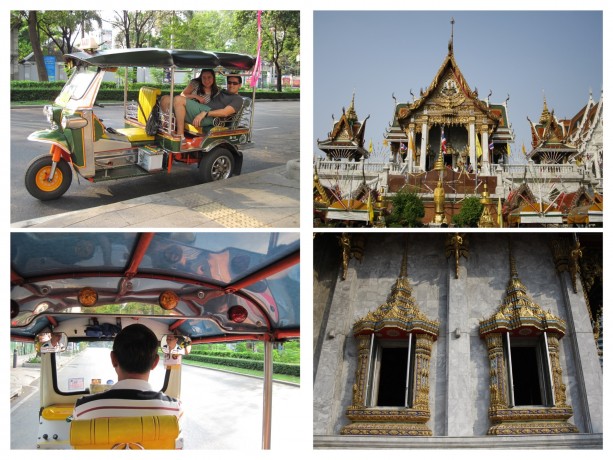 We took the sky train to the Chao Phraya River were we purchased a tour of Bangkok’s many canals.  On the train we missed our exit.  We thought we were keeping better track of the exits lol. 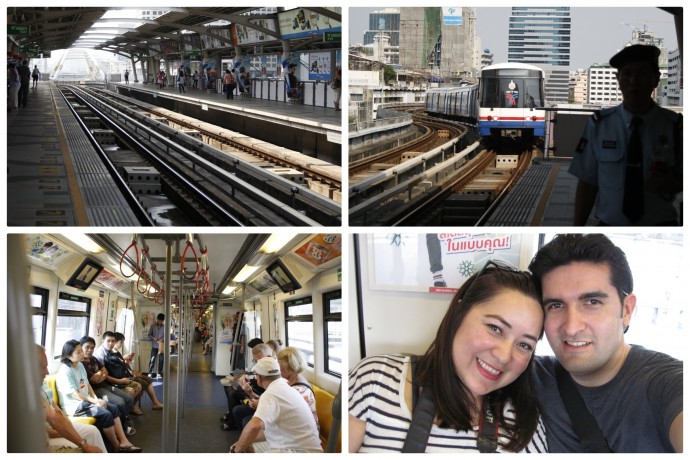 Bangkok has a very large river and many canals. Some say its the Venice of the east. Many people use it to travel between cities.  We got on a long boat and got to see a better view of how some Thai’s live. 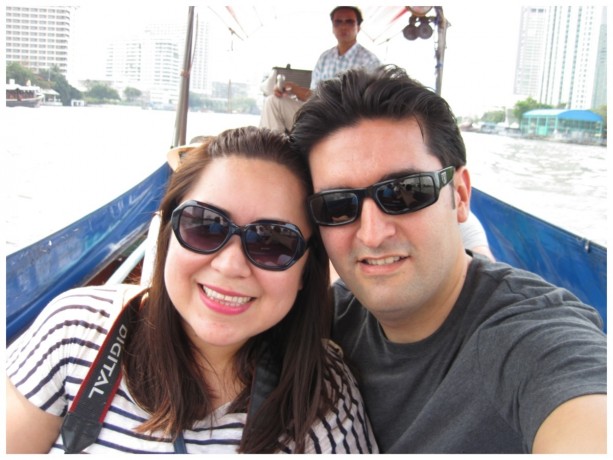 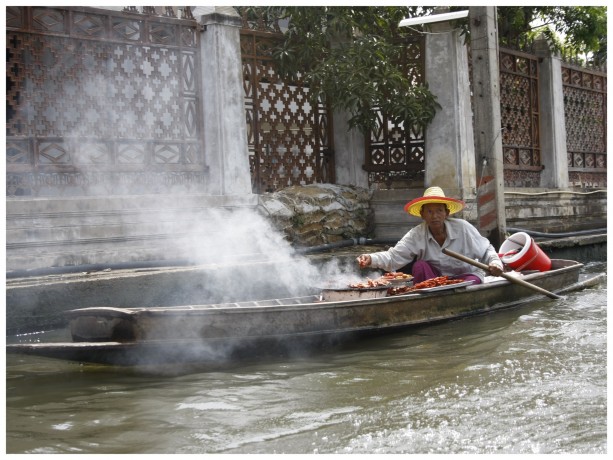 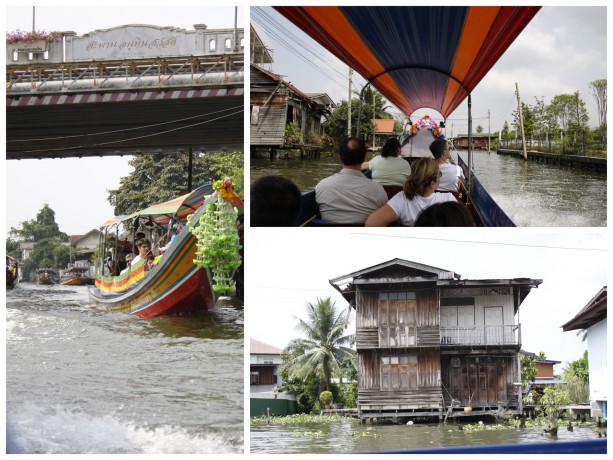 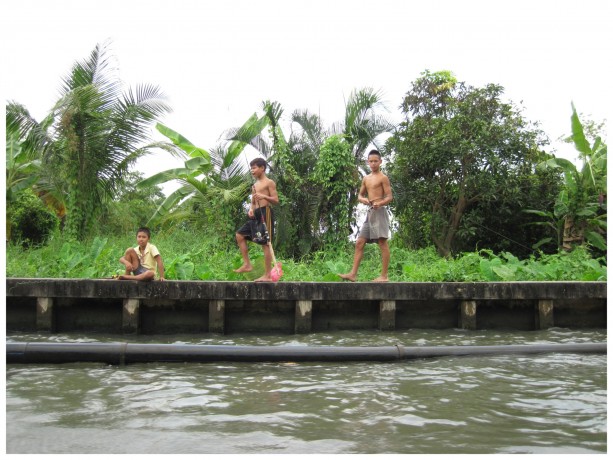 We made a quick stop to an outdoor market, were we got to taste some treats.  Sweet mango, chicken skewers, and some seafood cooked in little shells.  Yup, I tasted some seafood.  I don’t like seafood so that says a lot. 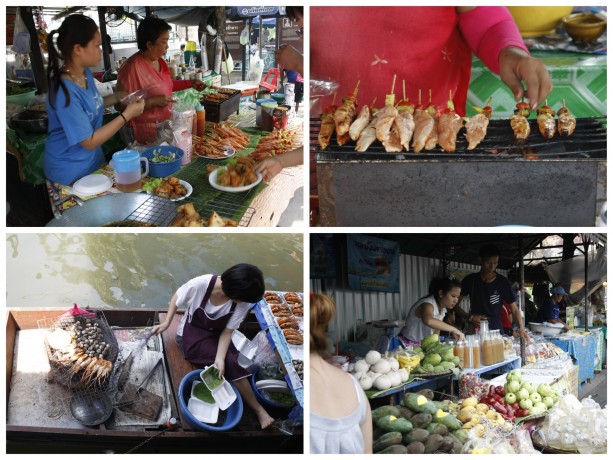 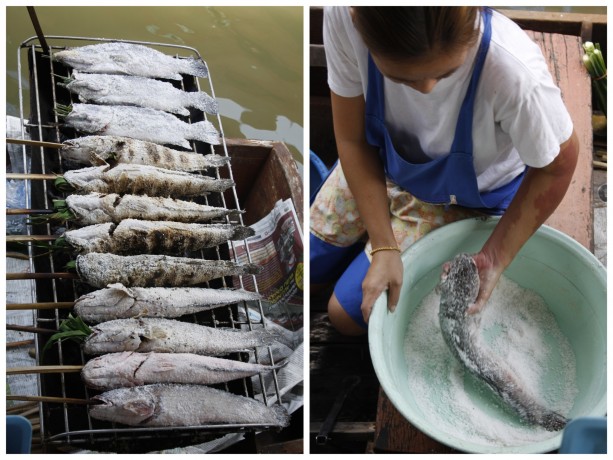 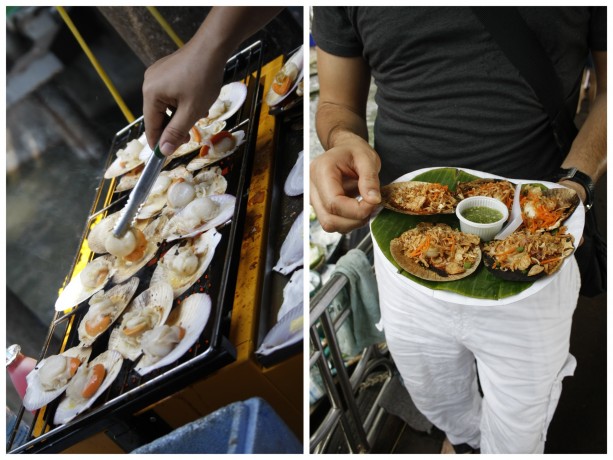 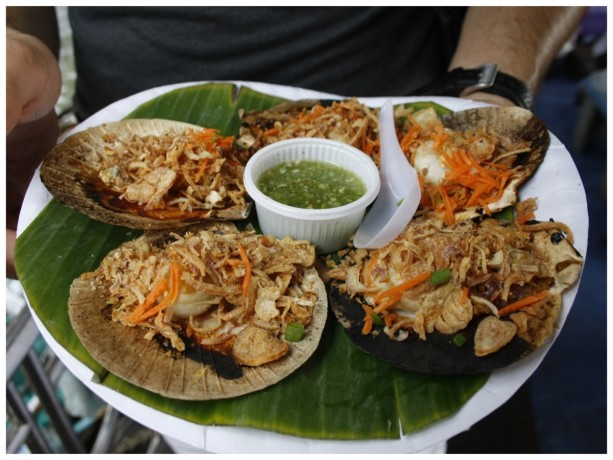 The longboat left us at the Old City where many of the more known Wats or temples, as well as the Royal Palace.  There was way too many people there so we headed out of there fast.  By the way, we were so glad that we wore pants despite the heat, because people had to rent the funniest looking cover ups to go inside the palace area. 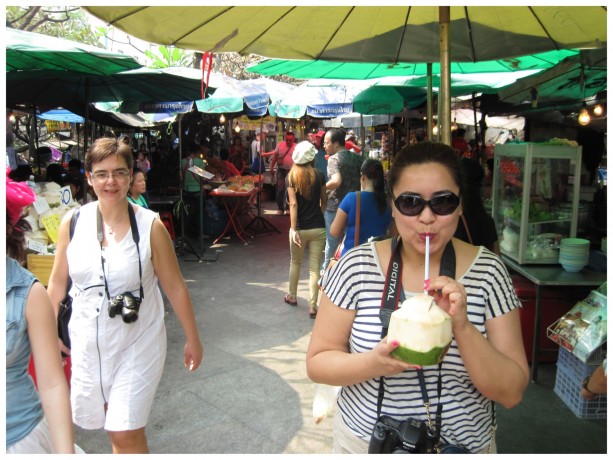 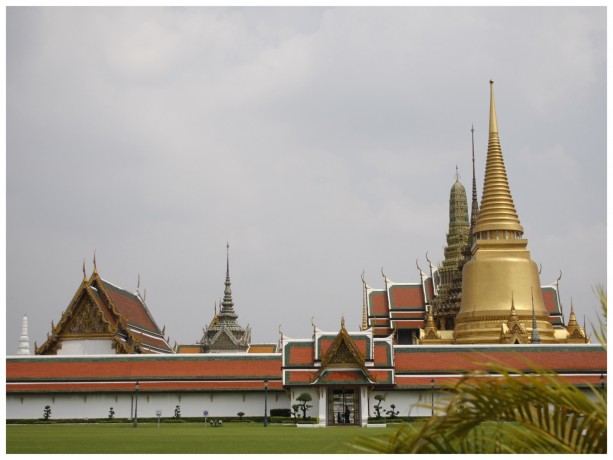 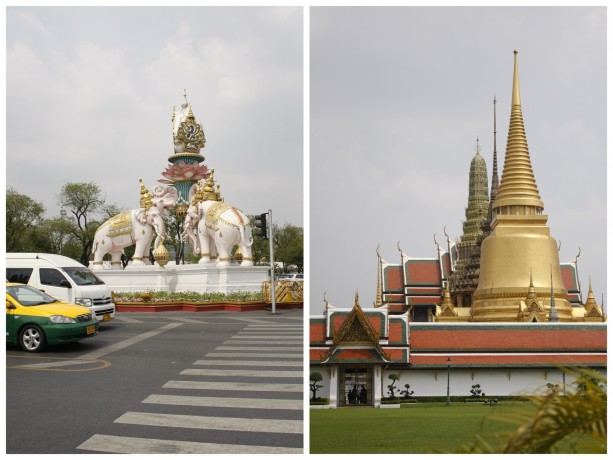 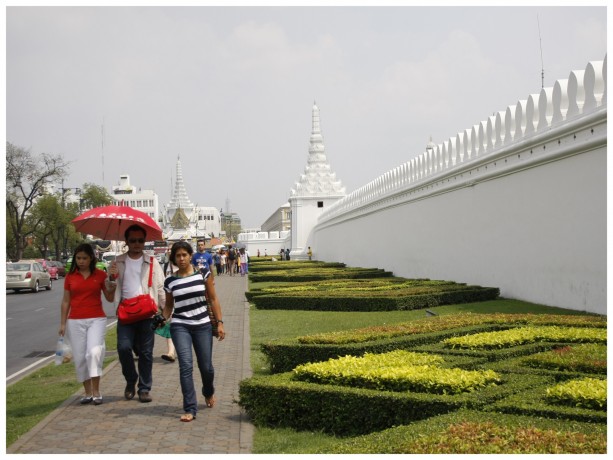 Our last stop was Khao San Road.  It took us a very long time to find it. It’s not on a Main Street!  With the language barrier, instructions were given to us by hand signals. Even that wasn’t as easy to understand.  Khao San Road is a bag packer hang out. At first I wasn’t really excited to see it.  Read about it but it just didn’t catch my attention. Thought it would probably be an ugly place. Turned out to be a neat place with lots of shopping, restaurants, massage places (even fish massage places, where you put your feet in a fish tank).  By this time we were beat.  The heat had worn us out. After the best 30 minute foot massage I have ever had for $4, a dinner, some beer, and some shopping we ended our tour of the city.

By the way, they really love their king.  we would see many pictures of the king, king and queen, or the kings family every few kilometers displayed this way (above). 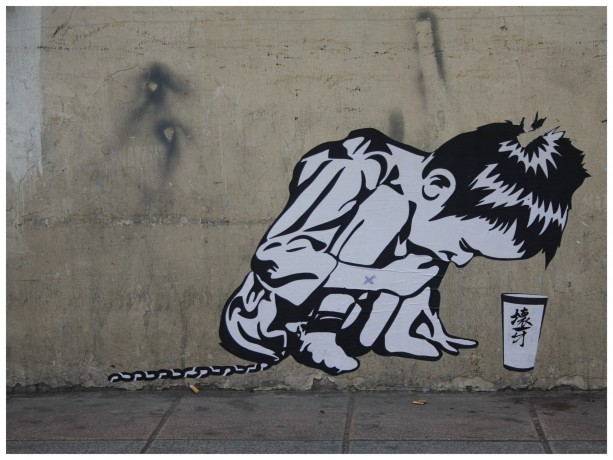 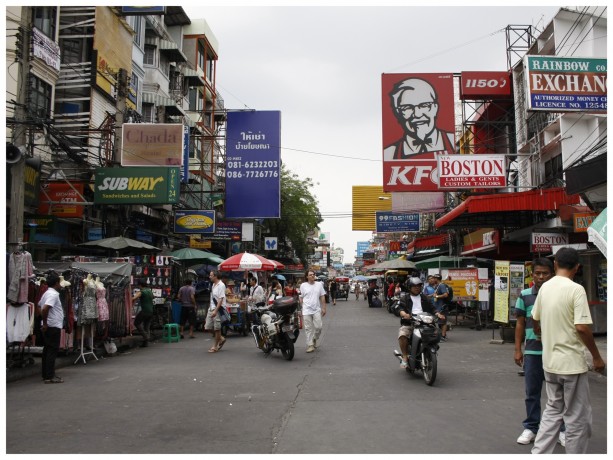 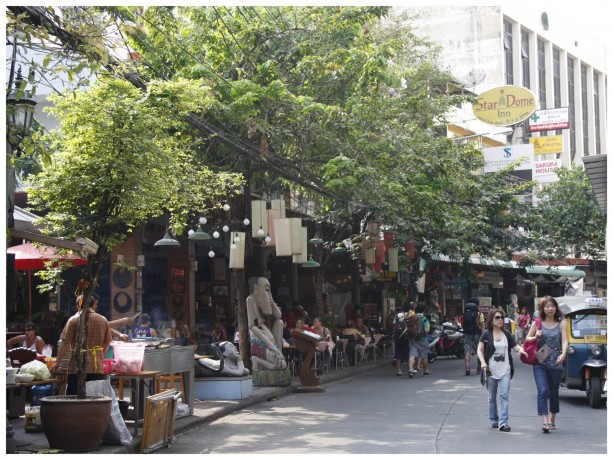 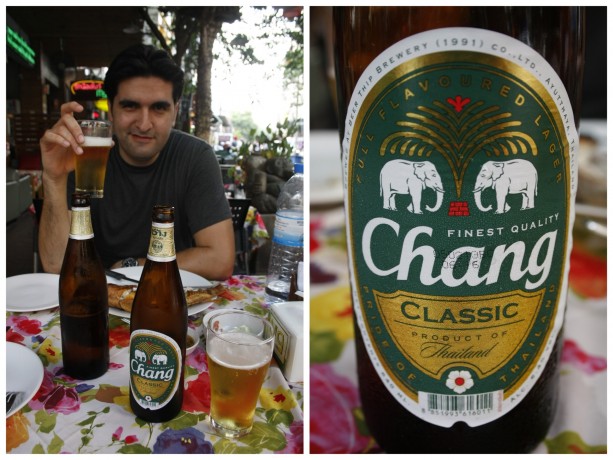 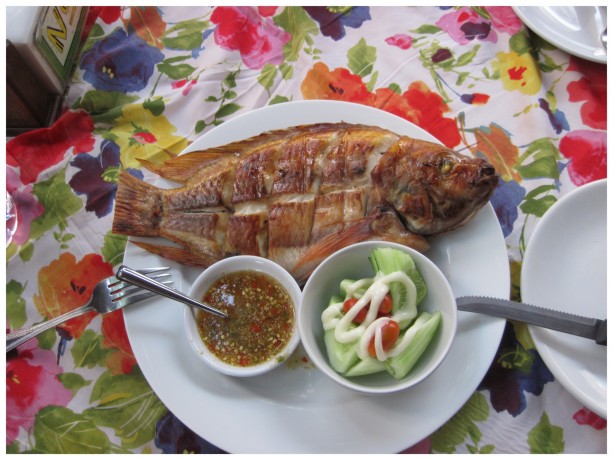 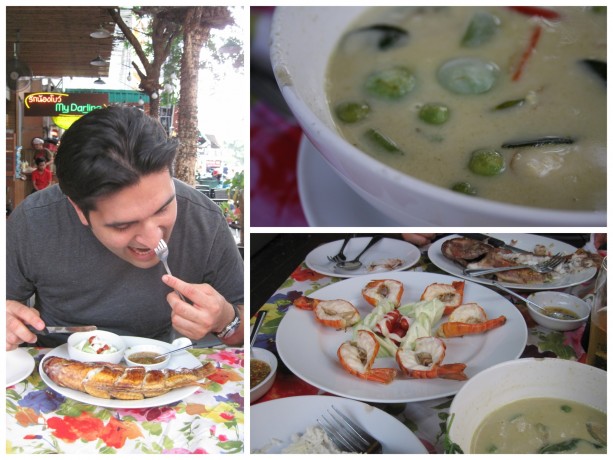 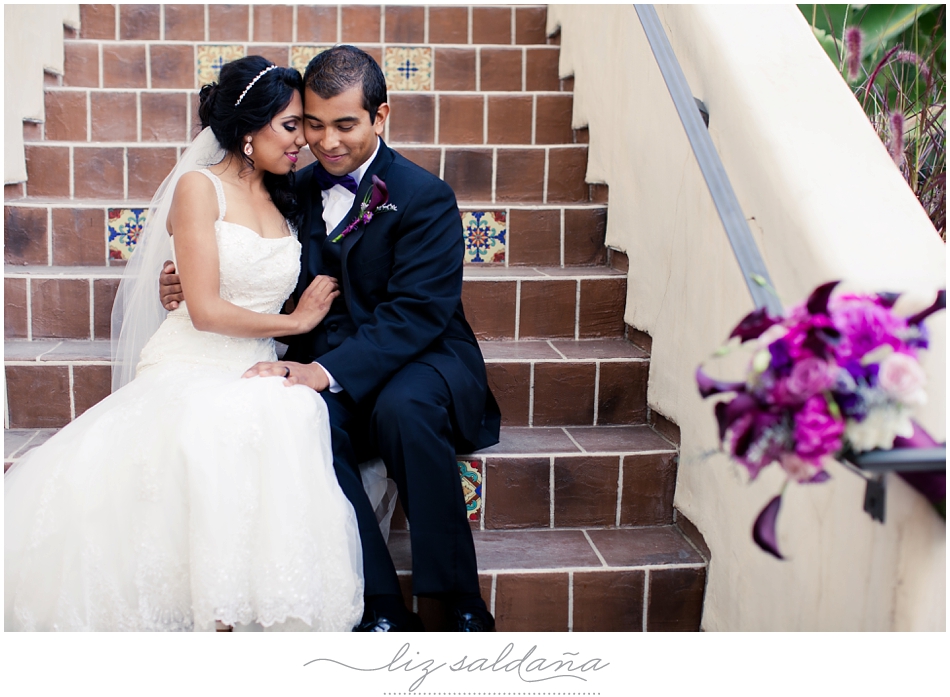 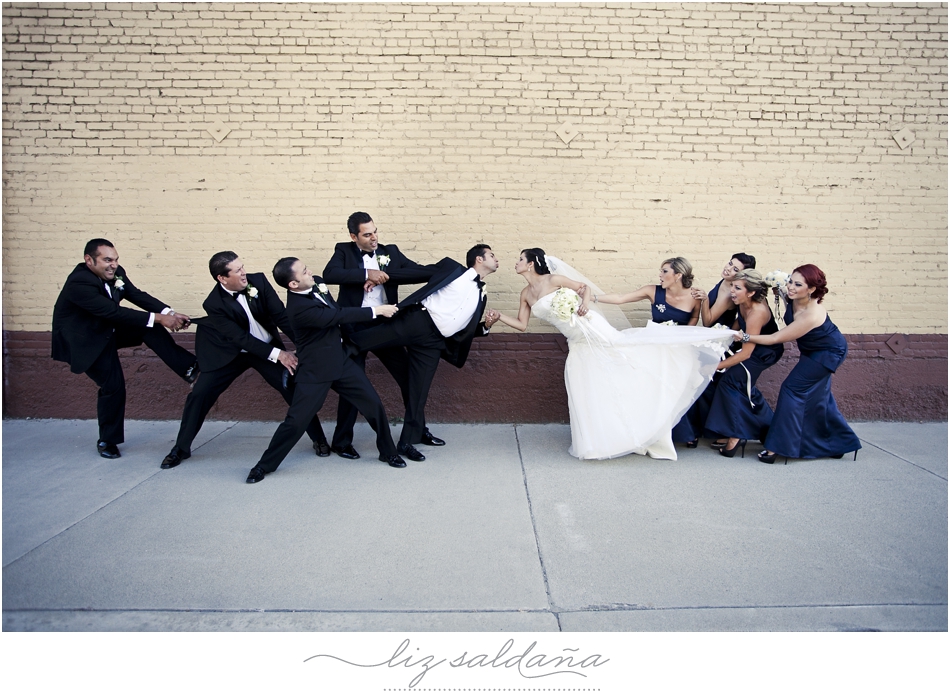 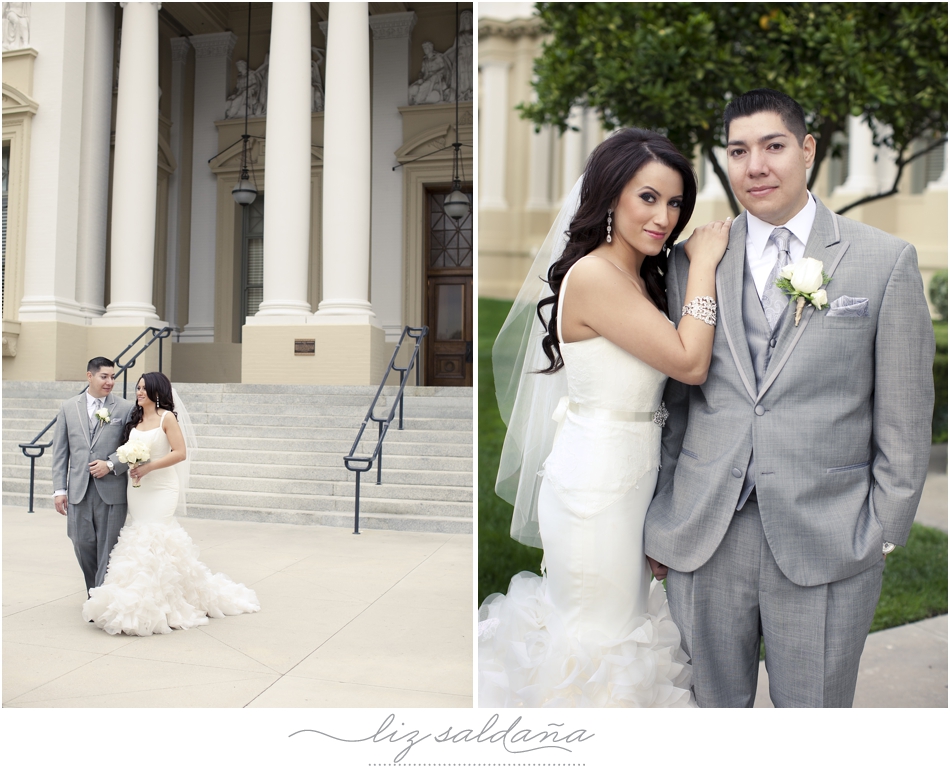